The quest for the perfect curl has been ongoing for thousands of years.

From the tumbling curls of the Ancient Greeks to the rockin’ beehives of the sixties, humans have been searching for new ways to add both waves and volume to their hair. So where does the hair roller fit in, and what is its history?

What are hair rollers used for?

The reason hair rollers are still so popular in both salons and home styling is the versatility of looks you can create with them. Hair rollers can be used to create a variety of looks from just adding volume at the roots to creating a full head of tight coils.

Suitable for all hair types and less damaging for your tresses than reaching for the curling iron, it’s no wonder there has been such a variety of hair rollers introduced to the market over the years. From metal to plastic, foam to velcro, large and small, hot and cold, there is a style of roller to create almost any look.

When were hair rollers invented?

The Dawn of Hair Rollers

Methods of rolling the hair to create beautiful curls began way back in 1500B.C. The Ancient Egyptians would wrap the hair around wooden sticks5 and use the extreme heat of the desert sun to set their do.

In 500B.C the Ancient Greeks, whose affinity for intricately styled hair is well documented in art and literature, used a tool called a calamistrum1. Hollow tubes of iron resembling reeds would be warmed in hot wood-ashes and then used as rollers. They then set the curls with beeswax2 for a longer-lasting style, much like the hair gel or mousse of today.

Hair Rollers of the Renaissance

While braids and curls remained a fashionable hair choice, it wasn’t until the 17th century that much changed for hair rollers. During the renaissance period, big curly locks were a symbol of status and wealth, the bigger the hair, the higher you were up the social food chain. To create extravagant looks (think Marie Antoinette), many members of nobility turned to pre-curled wigs.

The hair on the wigs would be wrapped around clay or wooden rollers called bilboquets3, which would have been boiled or warmed in the oven first. It was also common for wigmakers to set the wigs rollers and then take them to the bakery, where they were then warmed in the oven inside a protective pastry casing4.

By the 19th century, rollers began to resemble what we know them as today. Made from metal, normally lead, they were coated with fabric and leather to try and increase their comfort. The hair was then wound around them and left overnight as the curls set. In the morning they were simply removed to reveal luscious curls ready to be styled for the day.

Who invented the first hair curlers?

The hair rollers of the 19th century were quickly overshadowed by the invention of the curling iron. In 1872 Marcel Grateau6, a french hairstylist known for creating the “Marcel Wave”, invented the first curling iron. Made from heavy iron, the tongs were heated over a gas burner and could initially only be handled by trained professionals.

The tongs had round internal surfaces and when pressed onto the hair correctly created Marcels’ signature look. Of course, it was incredibly difficult to control the temperature of these curling irons and often resulted in burns, singed hair, or waves that will not set.

Inspired by Grateaus’ long-lasting waves, in 1905 German inventor Karl Nessler7 invented a more permanent method of creating waves in the hair. His machine hung overheard similar to a chandelier, with around 12 brass rollers (weighing around a kilo each) connected to it. Sodium chloride was applied to the hair and it would be wrapped around the metal rods, ready to be heated at 200°F for up to 6 hours.

Although there was a lot of singed hair and burnt scalps in its early conception phase, Nessler’s machine grew in popularity throughout the US. Continuously improving his designs, a patent was submitted in 1919 for a better model of his hair curling machine and around this time he also released a home appliance for those who could afford it.

Less than a decade later, in 1928 hairstylist Marjorie Joyner patented her version of the permanent wave machine. Making her one of the first African-American women to receive a United States Patent. Inspired by the rods she used to assist in cooking meat from the inside out, she applied the same concept to her machine’s design8.

Consisting of 16 metal rods, attached to the inside of a drying hood, the hair would be attached in 1-inch sections and left to set. Initially conceived to help women of color relax their tight curls into softer waves, as was the style at the time. it transpired it could also help to curl the hair of Caucasian women, becoming a staple tool in salons by 19309.

It was in 1930 that African-American inventor and engineer, Soloman Harper, is credited with inventing the first thermostatic, electrically powered hair rollers as we know them today. He went on to update his design in 1953, but it wasn’t until the 1960s that these heated rollers really took off in popularity10.

Sadly not a great deal has been documented about Soloman Harper, his inventions came at a time when segregation was still a part of American life11. He struggled to receive credit or financial gain from his inventions12, and little was recorded about who he was or how his invention came to be. Despite what little we know, in the 21st century, he is now recognized for his contribution to our hairstyling history.

When did hair rollers become popular?

It was the dawn of the sixties when hair rollers really took off, the trend was big hair, with big volume. Both professionals and women styling at home were ready for a revolution that could make the iconic 1960s beehive and luscious bombshell waves easier and faster to achieve.

In his New York basement, in 1959, Julian Rizutto and his son Leandro invented the first mesh, bristle brush rollers. Initially, they hired less than 15 people to begin manufacturing by hand, creating the rollers out of mesh, steel springs, and hairbrush bristles. Sales representatives then went to salons, door to door, to try and sell this new vision of the hair roller.

The design took off and by 1975 sales had reached $24.7million for the family-led company Conair, which still holds a prevalent position in the hairstyling world.

When were velcro rollers invented?

Little has been documented about the exact conception date of the velcro roller. However, it is thanks to Swiss engineer George de Mestral in 1955 that the first patent for velcro came to be13. In 1941 George noticed how burdock burrs would attach themselves to fur and hair while out walking his dog, which sparked his big idea.

Under the microscope, those tiny burdock seeds were covered in hundreds of hooks which allowed them to grip onto the natural loops surrounded fabric, fur, and hair. After years of trial and error, he finally trademarked his hook and loop design under the name Velcro.

When plastic rose in popularity in the sixties, so did the velcro roller. Doing away with pins and clips, velcro rollers could stay in place by adhering themselves to the hair. Not only this but they were much more comfortable to sleep in and did not rely on heat to achieve a beautiful curl.

In 1965, Carmen’s iconic version of the heated roller rose in popularity, eventually being purchased in 1969 by the still popular brand Clairol10. Despite their incredible success, promising to deliver salon-quality curls in just 10 minutes, the 80’s perm craze soon took its toll on the Carmen Curler. Although still asked for by name, this iconic styling tool is no longer on the market.

In 1970 Clairol released a new product, a travel-sized version of the popular Carmen Curler called the “Swingsetter”. It promised to deliver the same quick curls on the go, in the office for the modern woman. Unfortunately for the carmen curler, the 1980s gave way to the rise of the perm, seeing a decline in the need for heated rollers.

The Introduction of the Foam Roller

With the rise of the perm in the 1980s came the rise of the foam hair roller14. At-home perming became a popular choice for those that could not make it to the salon. Using foam rollers and an application of ammonia, women could achieve the 80s statement larger than life curls at home.

This trend saw a comeback in the last decade and the Flexi-rod foam roller (also known as a hair twirler) has become a popular no-heat styling choice. The foam exterior is supported by an internal wire that allows you to mold the roller to securely be held in place. Even without the use of ammonia, Flexi-rod foam hair curlers can give you a beautiful air-dried set of curls.

The use of steam to style beautiful curls dates back to the beginning of the 20th century, and in 1923 William and Hugh Macdonald submitted their patent for the steam-powered hair waving machine15. By using a steam generator to create both heat and moisture the user could style the hair at safer temperatures than previous models of the electric wave machine.

The use of steam to set curls began to grow in popularity during the 70s and 80s as another method to achieve those big, long-lasting beautiful curls that were taking the world by storm. In 1969 Samuel J Popeil invented a steam chest device that could heat specially designed rollers to the optimum moisture and temperature level to create the desired look16.

The name Caruso is still well known in the modern-day hair curling world, but it was in 1984 that Richard Caruso presented his foam and plastic rollers designed for improving steam setting17. The porous foam materials used allow for steam to travel through the perforated plastic casing and penetrate the hair wrapped around it. To this day, Caruso’s simple yet innovative design is still a popular choice for hair curling.

You may be asking, when were sponge rollers invented? A comfy godsend to the hair roller world that allows you to sleep easier with their soft, foamy texture. Or what about magnetic rollers? That make it even easier to secure your hair in place while your style sets in place.

In the last few decades, the humble hair roller has evolved to take both thermal and no-heat styling to new levels. Over the years the designs and materials used to create hair rollers have been adapted and improved upon endlessly. Whatever your styling need, there is sure to be a hair roller on the market that can make it a reality. And with new designs still being invented in the present day, it is exciting to wonder what the world of hair rollers still has in store for us.

The styling magic of hair rollers has been around since the dawn of civilization. From the Egyptians primitive method of using wooden sticks, to the uncomfortable and unpredictable heated rollers of the late 19th century. Hair rollers have evolved in such a way that curling hair and adding volume has never been easier to achieve, whether you use heat or not.

The variety of shapes, styles, sizes, and materials of hair rollers is now so diverse, they can meet the styling needs of any hair type. How long to leave toner in hair 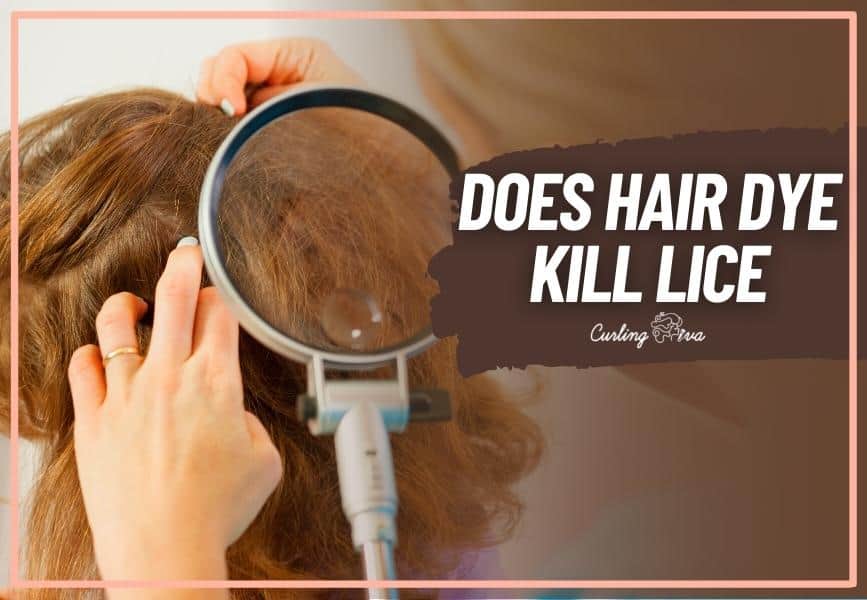