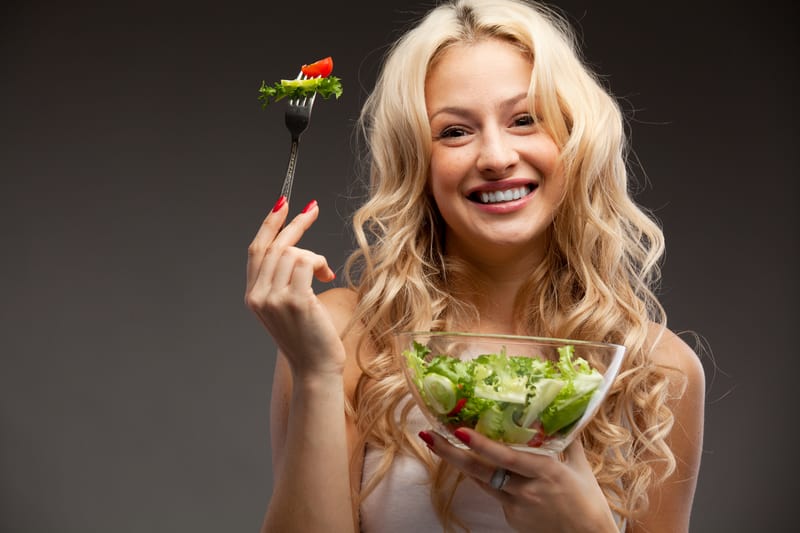 DHT, which is short for dihydrotestosterone, is responsible for the characteristics that make men, men. Their deepened voices, increased muscle mass, and body hair are all produced with the help of DHT. While DHT plays a big role in making all the important parts of a man, it's also the culprit behind one of man's worst enemies; male pattern baldness.

>> Check out DHT and Hair Loss: A Comprehensive Guide

What role does DHT play in hair loss?

DHT isn’t just an issue for men, though. Women’s bodies produce DHT. It’s found in our adrenal glands and hair follicles too. Female pattern baldness becomes more and more prevalent as we age, due primarily to hormonal fluctuations and the amount of estrogen our bodies produce.

DHT is both a sex and androgen hormone. It's created by an enzyme called alpha-5 reductase that converts testosterone to DHT. Women do not suffer when levels of DHT get too low. Our issues come when our bodies create too much DHT and it starts affecting our hair follicles and causing female pattern baldness.

As we age, our estrogen levels tend to dip, throwing off the balance between it and testosterone. Since testosterone is needed to make DHT, too much testosterone leads to too much DHT. DHT binds to our hair follicles and “plugs” them, handicapping our hair growth process. It slows it down, and ultimately may stop it from growing at all.

>> Check out the Best DHT blockers for Women

While female pattern baldness does affect women, we don’t usually suffer as much hair loss as men.  We won’t see large, full bald spots. Most women report thinning hair and a slight receding hairline. It’s annoying and embarrassing, but it can be helped.

Lycopene-rich foods help in the fight against the negative effects of DHT. It's an antioxidant that blocks the enzyme specific to creating DHT. Lycopene has vivid red coloring so you'll find it most prevalent in bright red vegetables. Tomatoes, mangoes, carrots, and watermelon are all included in this group. Pink grapefruit and papaya also make the list.

Have a fresh pink grapefruit for breakfast, throw carrots and tomato on your salad, or blend mango in to your smoothie to pump up DHT blocking benefits without going too far out of your comfort zone. Not all red fruits and veggies carry lycopene in large amounts, so you do have to do a little studying when adding this hormone blocker to your grocery list.

If you're not that into fish, you can find L-Lysine in legumes, red meat, and nuts like pistachios and walnuts. Make room for these foods in your diet by having a fish dinner one or two nights a week or snacking on nuts at mid day.

Another natural DHT blocking source is called delta 7 stearine. This steroid actually inhibits the build-up of DHT in the hair follicle. Follicle blockage is one of the biggest contributors to hair loss caused by DHT. Once hair follicles begin to shrink, the entire growth phase of the strand is damaged. This cycle eventually stops growth altogether.

You'll find delta 7 stearine in its highest levels in pumpkin seeds. Take a bag with you to munch on throughout the day to let this powerful steroid do its thing.

One last source for helping negate the negative effects of DHT is zinc. While zinc doesn't necessarily have strong DHT blocking abilities, it does offer major support for hair growth. While you're busy adding foods to prevent hair loss, it won't hurt to help your body make new hair! Zinc is involved in cell production, hormonal balance, and protein synthesis.

You'll find zinc in beef, lamb, and dark meat chicken. Plant proteins loaded in zinc include mushrooms, legumes, and oatmeal. One entire meal can be created with zinc heavy food!

For more DHT blocking foods, check out this video:

You may notice all the above mentioned foods are fairly easy to add to your nutrition plan, and can all be used together to create a meal. Adding nuts and meat to salad offers a huge bang for your buck. Blending together DHT busting smoothies is a quick and  inexpensive way to pack in benefits.

Not only are you using these foods efficiently, you are building meals that are super balanced and will keep you full and satisfied longer than your hum-drum bag of iceberg lettuce with bacon bits and cheese on top.

What else can be done?

Today there are medical treatments, daily medications, and cosmetic products that help treat or hide balding caused by DHT. Taking the medical route, as with most treatments, will typically show positive results only during active treatment. Patients typically see re-growth come to a stop a short time after they quit treatment.

Cosmetic products like makeup and wigs are great but can be limiting. Women using false hair pieces tend to avoid water activities or intense sports. They may be self-conscious about keeping their hair in place or washing it away with moisture.

Aside from being a lifestyle damper, both medical treatments and cosmetic options can get pricey.

One cost effective, healthy way to block DHT production in the body is through food.

Adding some specific foods to your regular menu might be the ticket in slowing down DHT related hair loss, assisting your body with re-growth, and give you a big confidence boost. Not to mention keeping hard-earned money in your pocket.

If you wanna go down the natural food route, consider this first..

Some women may be more genetically disposed to negative effects of DHT. Usually, female pattern baldness becomes troublesome after menopause. Women who are going to experience it will have started to notice the telltale thin spots near their temples and at the crown of their head. It might not be possible (yet) to prevent stalled hair growth but there are plenty of healthy routes to take to slow it down.

As with any new diet, you should consult a physician before adding supplements or making major nutrition changes. In the case of zinc, for example, too much of it can lead to other negative health problems. Work with your physician to decide the best choice for you.

PIN it for later!